Motivations Behind Our Decisions and Life Choices

I used to want to be a doctor.

To some degree or other, I wanted to pursue all of these paths because they would make me seem smart (intellectually strong) and/or physically strong and brave. And growing up, I often felt that I was perceived by others as weak and dumb.

I wanted to be cool and tough and courageous and respected.

On top of that, I wanted to become a scientist not only because I was in love with science, but also because I was deeply interested in an avid and gifted scientist at the time. Indeed, even my doctor goals were related to this (though perhaps not entirely motivated by this attraction). I wanted to be his equal. I wanted to have meaningful conversations with him. And the only way to do that, I thought, would be to become a scientific person too.

Other people, situations, and extrinsically-sourced desires were dictating my choices in what to study and pursue.

I even learned the violin (and played flute and cello for a while) because I had a crush on a musician.

So some good things came out of many of my goals, even if they were motivated by external sources:

I took a lot of science in high school (although you might not know it now, as I’ve lost a lot of the info I picked up then, since I’ve had little opportunity to consciously apply my knowledge).

I learned musical instruments. The motivation, however misguided (potentially), actually did land me on a path that meshed well with my interests and abilities.

If I’d enlisted in a branch of the military, I’d likely have encountered the crest of my health issues much sooner, at a time when I perhaps wouldn’t have understood how to deal with them or effectively search for the answers.

If I’d earned a PhD in chemistry or become a physician, I might be in significant debt right now, and would be stuck with a path that requires stamina I don’t even have.

In terms of the knowledge learned, I would likely have deeply enjoyed chemistry (especially biochemistry), molecular biology, or medicine. But the practice and lifestyle thereafter, perhaps not so much. I would have run out of energy way too soon in my career, and as a doctor, I would have wanted to steer my medical practice in the direction of more long-lasting, preventative, and holistic approaches (which may have been feasible, but likely wouldn’t come without some measure of a fight to which I was unmatched with my own low energy).

When I was probably about six or so (IIRC from family videos), I said that someday, I was going to play violin and guitar.

I forgot all about those words in the years that followed.

And yet, lo and behold, I learned both. In my childhood, it appears I knew myself better than I’ve known myself in most or all of my life since.

Only in recent years did I watch that video in amazement.

Also in my childhood, I used to write books. They weren’t very long or sophisticated, but I created a ton of them. All sorts of non-bestselling fictional works, complete with colorful construction paper covers. 😉 I would also voraciously devour mystery books.

Were you compassionate and tenderhearted?

Did you dissect dead bugs?

Did you gravitate toward math or logic games?

Often, our childhood personalities and interests can be keys to discovering our culturally/self-suppressed abilities or passions.

And yet at the same time, sometimes we can struggle with a topic as a child, only to discover in subsequent years that we love and excel at that very thing.

When I was about eight, I didn’t want to play the piano at all, and declared through my tears that I’d never learn.

Today, I enjoy playing the piano, and even teach a bit (which is not exactly my favorite thing to do, unless the student is motivated to learn and not simply being required to do so).

As a child, I struggled with math. Up through the sixth grade, I largely hated it.

However, in seventh grade, I switched to a different curriculum, and a switch flipped on in my head.

I almost couldn’t get enough of it.

So many problems to solve. So many puzzles.

In conclusion, then, we should each look to our childhood for clues as to what we might excel at or enjoy now, but we should not necessarily look at our childhood struggles or failures as signs of what not to pursue, because our brains change a lot from that point to adulthood, and we gain function and fluidity in our faculties that was not present in our more formative years.

And in our efforts to cater to others – or their opinions of us – we often end up displaying an opposite image – as we are swimming in the wrong waters. We struggle to breathe. We flounder and flail our arms wildly in the ocean. Our souls are slowly and painfully crushed by the weight of foreign waters under which we sink in solitude, unsure how to swim or how to ask for help.

In these moments, we are rarely pictures which speak “fearless, intelligent, capable, or respectable”. We instead appear more pitiable.

Conversely, there are few things more beautiful than watching someone enjoy and excel at what they were made to do.

Sometimes, it takes time to discover what that thing is, and it’s okay to get scraped and beat up along the way. It’s okay to try things and find out that they’re just not for you. It’s okay to “fail”.

But it’s good to be aware of our motives for choosing a path.

Because often, we’re hoping to prove to others and ourselves that we’re something we’ve never been (or never thought ourselves to be). Perhaps something we think others want us to be.

For example, if we’re not naturally extroverts, and we choose a profession which requires us to be “on” all the time – with little opportunity for recharging – we’re going to get burned out.

Introverts can “act extroverted”, but only for so long. After a certain period of time, they begin to wear down.

This happened to me. I was working in retail for two and a half years, and customer service for a total of three. I became burned out and lost touch with my emotions, heart, soul, and almost my mind.

I lost myself, as I felt I had to work really hard at creating a false persona just in order to keep my job.

It’s good to stretch yourself, and I learned a lot from my experiences. But there’s a difference between stretching yourself and sacrificing who you are. And I did not only the former, but the latter.

And all (or largely) because I was significantly out of my element, trying to breathe in an environment that, for me, was suffocating (though there were several reasons for that).

A lot of people used to tell me that I would be a good nurse, or that that profession would be a smart choice for me.

I do care about helping people in their journey to healing – in every way. I feel deep concern and compassion for people.

And it’s not uncommon for people to associate these characteristics – especially in females – with the profession of nursing.

If you care about people, enjoy math and science, and are female, then obviously you should choose a high-paying profession such as nursing. 🙂

And I’m not in any way intending to disparage those who suggested I should consider pursuing this field.

But the reality is, I’d be poorly suited to nursing, because:

Volunteering for one semester at a hospital, taking a CNA class for a day, and working for over six months at a medical imaging facility adjoined to a hospital was enough to convince me that nursing is definitely not for me.

But had I listened only to others’ opinions of what path I should pursue, I might have felt compelled to choose nursing, because it’s “practical” and what every compassionate female should consider doing. 😀

I’m still learning to separate what others want, expect, or hope I’ll do from what I actually think I should do. I guess I’m still learning what it is to have opinions about things, or personal desires (although that might be difficult to infer from reading my blog?), 🙂 and to recognize those opinions and desires as normal or okay or “valid” (in terms of my “right” to them).

Having interacted with many nurses throughout the years, I’m truly grateful for those men and women who are brave enough for – and well-suited to – the profession of nursing. It really does require a unique skill set. You’ve gotta have tough guts – both literally and figuratively.

Don’t pick something because you have to prove to someone else that you’re something or someone.

Don’t pick something just because it might make you look or sound cool.

Don’t pick something because others think you’d be great at it (although, if you want to pursue a certain path, it’s wise to ask others if they think you’re well-suited to that. Just realize that their answers may or may not be correct.).

Don’t pick something because others are pressuring you to.

Pick something because your childhood self always knew you should.

Pick something because you become energized, not enervated when you do it. (Passion, Ability)

Pick something because you know you’re good at it. (Skill, Talent, Ability)

Pick something that will benefit and brighten up the world around you. (Need)

Seriously, following that path is one of the coolest, bravest, strongest, smartest things you’ll do.

2 thoughts on “Something to Prove” 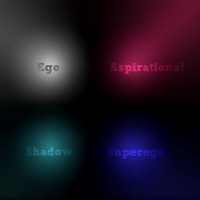 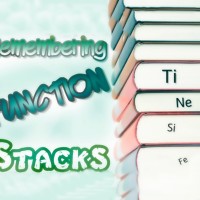 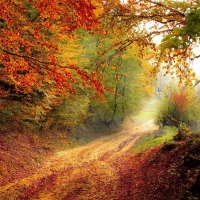 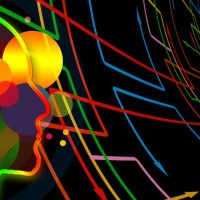